Since 1995, the roster of groups inviting us to conduct workshops and speak at conferences continues to grow.  Here’s a short list of organizations that asked us to share our expertise with their audiences, many of them on an annual basis.

Online grant applications are here to stay! They are frustrating, exasperating, and daunting. Still, how do you convey your case for support when your need statement and project description sections can only be 2,000 characters[...]
May
5
Wed
9:00 am Grants from Foundations & Corpor... @ Webinar
Grants from Foundations & Corpor... @ Webinar
May 5 @ 9:00 am – 11:00 am 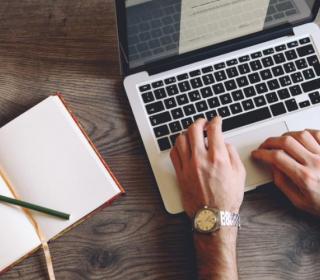 Online grant applications are here to stay! They are frustrating, exasperating, and daunting. Still, how do you convey your case for support when your need statement and project description sections can only be 2,000 characters[...]
May
25
Tue
10:00 am Understanding and Competing for ... @ Webinar
Understanding and Competing for ... @ Webinar
May 25 @ 10:00 am – 1:00 pm
The U.S. government awards several trillion in grants to qualified nonprofits and institutions of higher education annually. The odds of winning a federal grant for a specific competition is 1:100. Is your organization ready to[...]
View Calendar

mHUB Chicago (IL) received a $1.3 million, three-year Venture Capital grant from the Economic Development Administration, U.S. Department of Commerce to scale their Product Development (PD) program. It was one of 52 to receive an award of more than 600 applications submitted for the 2020 Build to Scale grant program.

Be sure to visit our Grant Award News page for more information about these and other awards our clients received.

Want to Learn All About Grants?
We just updated our 2021 Training Calendar with a number of webinars to help you learn the basics of advanced grant-seeking techniques through hosts such as Philanthropy Massachusetts, Grant Professionals Association (GPA), Nonprofit Center of the Berkshires, The CT Community Nonprofit Alliance (The Alliance), and more. Visit our Workshops and Webinars page to register!

Warm Welcome to Our Newest Clients

The Center for Civic Education, CA